In fiscal year 2017–2018, donor contributions made a tremendous impact at Yale and helped support superb academic opportunities, leading-edge research, world-class facilities, and an excellent student experience. Every gift helps the university promote its core mission and innovate for the future. 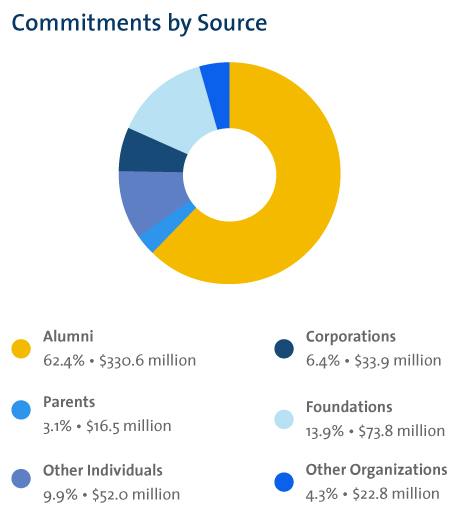 Individual donors, including alumni, parents, and friends, provided 75.4 percent of the giving total. Corporations and foundations provided another 20.3 percent. 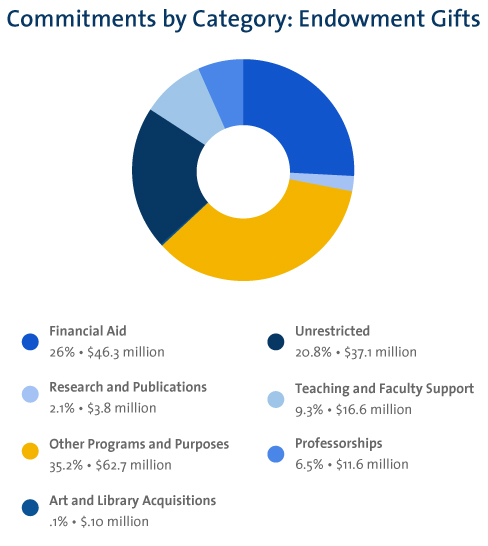 Yale’s spending and investment policies provide substantial levels of cash flow to the operating budget for current scholars, while preserving endowment purchasing power for future generations. More than a quarter of endowment gifts this year were directed to financial aid for students.

Expendable funds provide vital resources for the university to meet immediate and long-term needs. Funding for research, publications, and academic programs made up more than half of expendable gifts. 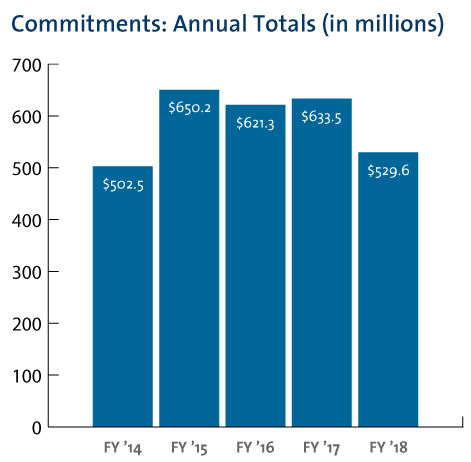 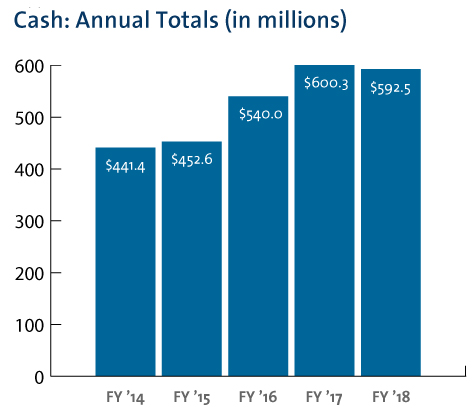 The Endowment contributed $1.3 billion to the university’s operating budget. This figure represents 33 percent of Yale’s net revenues. Thirty-four percent of new gifts and pledges, or $178.1 million, was directed to the Yale Endowment. These gifts and a 12.3 percent return helped the Endowment reach an all-time high of $29.4 billion as of June 30, 2018. 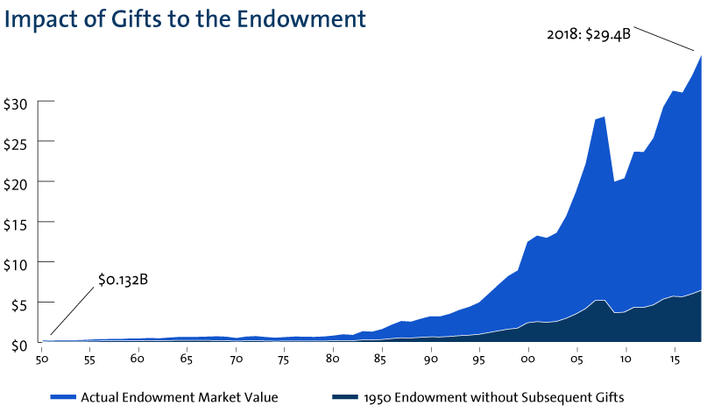 Since 1950, nearly 78 percent of the Endowment’s value has derived from gifts and the investment performance on those gifts. Over the past twenty years, the Endowment has significantly outperformed its peers with annualized returns of 11.8 percent as of June 30, 2018. 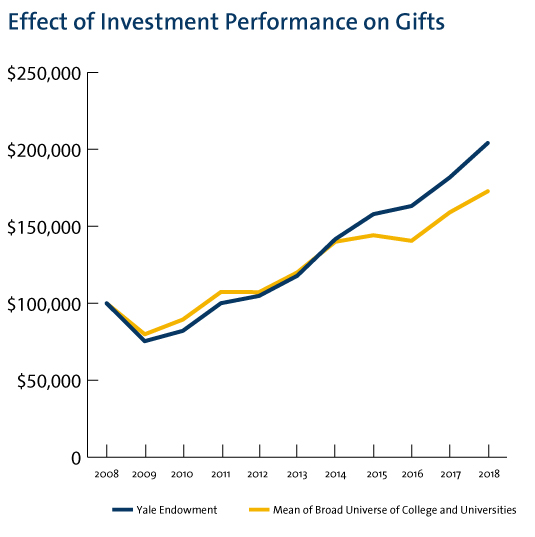 Endowment performance can multiply the impact of your gift. Over the ten years ending June 30, 2018, a $100,000 scholarship established at Yale would have grown to $204,094, exclusive of spending. With annual payouts, this same fund would have produced $47,419 to support students, finishing at $124,066.